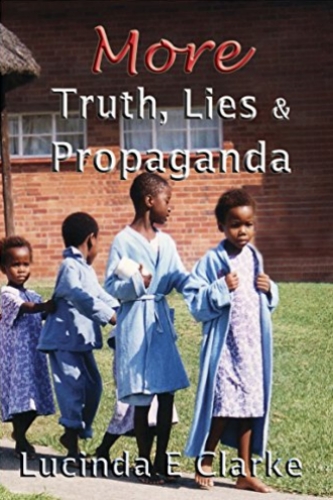 The second book in this series traces Lucinda’s filming career up to her retirement and tells more unbelievable tales from behind the camera lens, as Lucinda and her ‘rainbow crew’ travel across South Africa. They meet Mandela, endure a terrifying helicopter ride, and empathize with the forlorn Bushmen. There are riots, an abandoned patient, a ram with an identity crisis, and a house that disappears. Their stories are both hilarious and heartbreaking, revealing the truth about what goes on behind the scenes in the media. This book proves that propaganda is alive and well on television screens across the world.

— This book will pull you deep inside the heart and soul of Africa.
— This second memoir of Lucinda’s time as a television producer is every bit as entertaining as her first.
— They say that truth is stranger than fiction, read this and you will discover the reality of this. Highly recommended.